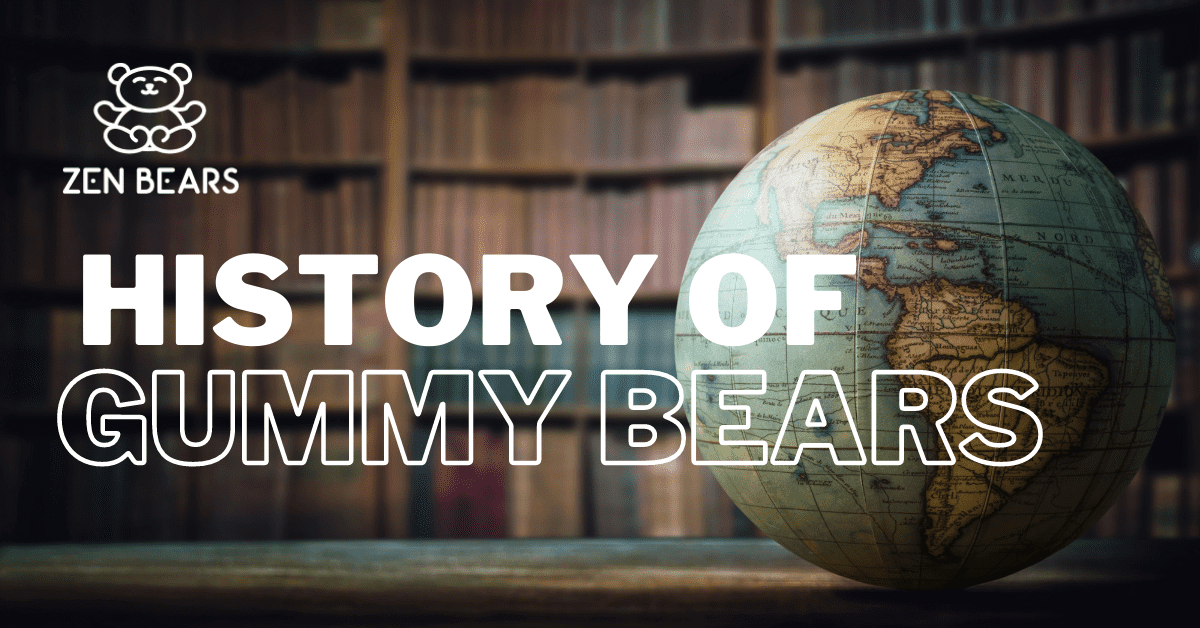 Gummy bears, also known as gummi bears, were invented in Germany in 1920 by Hans Riegel when he decided to produce a line of soft, gelatin-based fruit treats in the shape of a bear. According to Beth Kimmerle (candy historian), gummy candies actually originate from classic recipes such as Turkish delight and Japanese rice candies. After the war Riegel’s gummy bears increased in popularity and in 1960 he launched his candies in the broader European market.

Who is the Inventor of Gummy Bear?

The Inventor of the Gummy Bear was Hans Riegel, a German entrepreneur. Riegel was born in 1923 and owned and operated the confectioner Haribo until 1946. Riegel sold all of his candy companies to the American public at the end of WWII.  He died in 2013 with a net worth of  $2.9B. The name Haribo was invented as a combination of the first two letters of his first and last name, as well as his home town. Riegel is often given credit for the invention of gummy candies, but he was developing existing recipes from different countries. Some gelatin-based chews originating in Great Britain in 1909 predate gummy bears, however, no other gummy candies featured the same whimsical bear design.

Where Was the Gummy Bear Invented?

The location of where the gummy bear began in Germany, in 1920. They were initially sold to consumers by Hans Riegel and his wife and delivered by Gertrud by bike. In 1923 Riegel purchased his first delivery vehicle. The unique side of gummy bears is their marketing strategy, which summons the child with us all so that their candies appeal to people of all age groups. This is done in the UK by creating television commercials where adults speak with the voice of a child talking about gummy candies.

When Was the Gummy Bear Invented?

The gummy bear was invented in 1920 inspired by the European dancing bears. It was invented in 1920 because Hans Riegel wanted to leave his job and create something new, inspired by other cultural starch and gummy candy recipes. The combination of sugar, gelatin and fruit flavouring had never been done before.  Globally the consumption of sugar was on the rise and sugar beet was in decline by 1922, allowing for the perfect ingredient for gummy bears to be far more accessible.

How was the Gummy Bear Invented?

The gummy bear was invented by using natural ingredients such as gum or gelatine, fruit juices and sugar. The original gummy bear was much larger than the usual golden bears we know today. They were initially named “Dancing bears” (Tanzbären). Riegel’s candies were originally hard but he soon realised softer, more chewable candies were a better choice.

What Was The Gummy Bear’s First Name When It Was Invented?

When gummy bears were first introduced they were called Tanzbären or dancing bears. In 1967 they renamed their gummibar to golden bears. This is because gummibar literally means “rubber bear” and this was un-appealing.

Where Did the Gummy Bear Get Its Name?

Gummy bears got their name from their ingredients and the shape they took. They were originally made from gum or gelatine and shaped into bears which were inspired by the street performing bears in European festivals.

What Are Gummy Bear’s First Flavors?

The history of the gummy bear’s flavours was and still are strawberry, lemon, orange, pineapple and raspberry. The flavours haven’t changed.

What is the Gummy Bear Production Quantity Today?

Today, 100 million gummy bears are made per day according to the Haribo website. The Bulk gold bears make up 12.56% of unique Haribo products sold. The smaller bags make up 11.06%. As Haribo remains one of the most popular candy brands in the world, they are sure to make millions more in the future.

What is the History of ZenBears Gummy Bears?

What have the Critics Said about ZenBears Historically?

The Critics have said on Trustpilot that historically ZenBears are a 4.6 out of 5.

“ These are very tasty and have a nice texture. You have to stop yourself from eating more. I feel I have slept better. Normally my mind is too active but I have slept. Will be ordering more as I just got the trial package.”

“Back nerve pain in arms for 4 years.

“…my friend had some zen bears and when I had a bad flare up she let me try one. After about 15 minutes I could feel the pain reduce and I felt much more relaxed. On this I bought a jar, this is a great product and would recommend to anyone”