Free Shipping on orders over £40

Who is Hans Riegel: Biography, Successes and Life Cornerstones

Hans Riegel Sr is the creator of the gummy bear and the founder of Haribo. Reigel was the entrepreneur who left his job in a small confectionery business in Germany to create the gummy bear in 1922. He started by selling his confectionery to people by delivering them by bike. Hans Riegel passed Haribo to his sons after his death. When his son Hans Riegel Jr died his net worth was nearly $3 billion. Hans Reigel Sr was born in Bonn on April 4th 1893 and died on 31st March 1945. 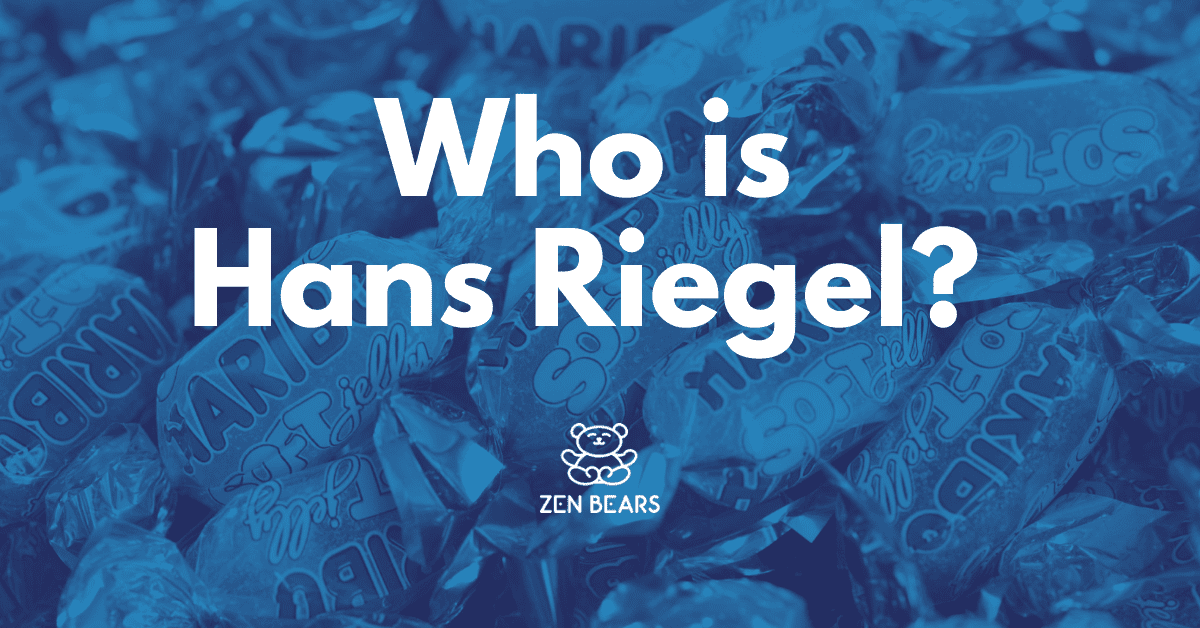 What Kind Of Childhood Did Riegel Have?

Hans Rigel Jr spent his childhood at the Jesuit boarding school Aloisiuskolleg until he graduated. Aloisiuskolleg is a co-educational boarding school designed to prepare students for higher education such as a university, it is located in Bonn-Bad Godesberg. Reigel Jr attended one of the highest-ranking prestigious schools in Germany preparing him to study business at university. Han Riegel Jr studied at the University of Bonn, the location where his father was born.

What Kind Of Education Did Hans Riegel Have?

Hans Riegels Jr attended Aloysius-Kollegs High School in Bad Godesberg. He later attended Bonn University where he achieved his doctorate degree. Hans Riegel studied and wrote his dissertation on the role of sugar in world trade.

When did Hans Riegel come up with the Gummi Bear?

Hans Riegel Sr initially thought about gummy bears in 1922 when he left his job at a confectionery factory in Germany. The design of the gummy bears was inspired by the European dancing bears you could find in Carnaval street entertainments. Hans Riegel learnt how to make gummy bears using the experience he gained from his previous job in the confectionery factory, as well as improving on recipes that already existed. He was inspired by recipes such as Turkish delight as well as Japanese rice candies.

Hans Riegel is called this because he was the company founder of Haribo confectionery. He named the business after an acronym of his name and where he was born (Hans Riegel Bonn). The Haribo team carries the legacy of his business making this candy company one of the biggest in the world.

What Are Hans Riegel’s Life Sucesses?

One of Hans Riegel’s Successes was that he was elected the first president of the German badminton association in 1953. This success came after he won the German championship in men’s doubles. Riegel also owned the Jakobsburg Hotel and Golf resort near Rhine Valley. After his father’s death, he took over the family business and began his work on the famous marketing campaigns that give gummy bears their reputation.

Riegels Sr’s success was growing the small business from 40 members of staff to 1,000 in five years after his two sons joined the business. In the following years, Riegel created many more innovative products which fit with contemporary trends. This success brought his business in front of the German public and featured on German television. He kept his confectionary business relevant by keeping up with contemporary trends and designing products that children would love.

invented the gummy bear by first creating hard colourless candies using his copper kettle and a marble surface in his home kitchen. This was the first initial step in the production of gummy bears, which are now made on an industrial scale.  After this Riegel sold them at a market but wanted to create something more profitable. Hans Riegel invented the soft fruit gummy bears after this and these sold much better. At the time, fruit wine gums were the other type of successful soft gummies which had been invented. Since 1975 “golden-bears” have been trademarked. While gummy bears were being invented, Jujubes (1920) and Chuckles (1921) were also establishing fruit gummy candies, however, these were not as popular.

Haribo gummy bear still exists as one of the most popular candy companies in the world. They now sell some exclusive products such as the Golden Bears and cherries, as well as a range of family classics such as milk bottles.

Hans Regel Sr was married to Gertrud Riegel until his death. Hans Riegel Jr was divorced and had non-children. His brother Paul Riegel married and had a family of 3 children.

Who was the Hans Riegel’s Spouse?

Hans Riegel Sr’s spouse was Gertrude Riegel. They were husband and wife and she was his first employee.

Does Hans Riegel Have Children?

Who were the Parents of Hans Riegel?

Hans Riegel Sr and Gertrude Riegel were the parents of Hans Reigel.

When did Hans Riegel Die?

Hans Riegel died of heart failure after surgery removing a brain tumour in 2013. He is buried in Südfriedhof, Bonn in Germany.