CBD and Liver Damage: How does It Affect Liver Functions?

CBD, as known as cannabidiol, is a compound found in the cannabis plant which has many therapeutic properties such as anxiety relief. CBD oil is a useful treatment for liver damage, anxiety, depression and joint pain. The relationship between CBD liver damage is not well-understood. If you are using CBD oil you should be aware of the potential side effects. 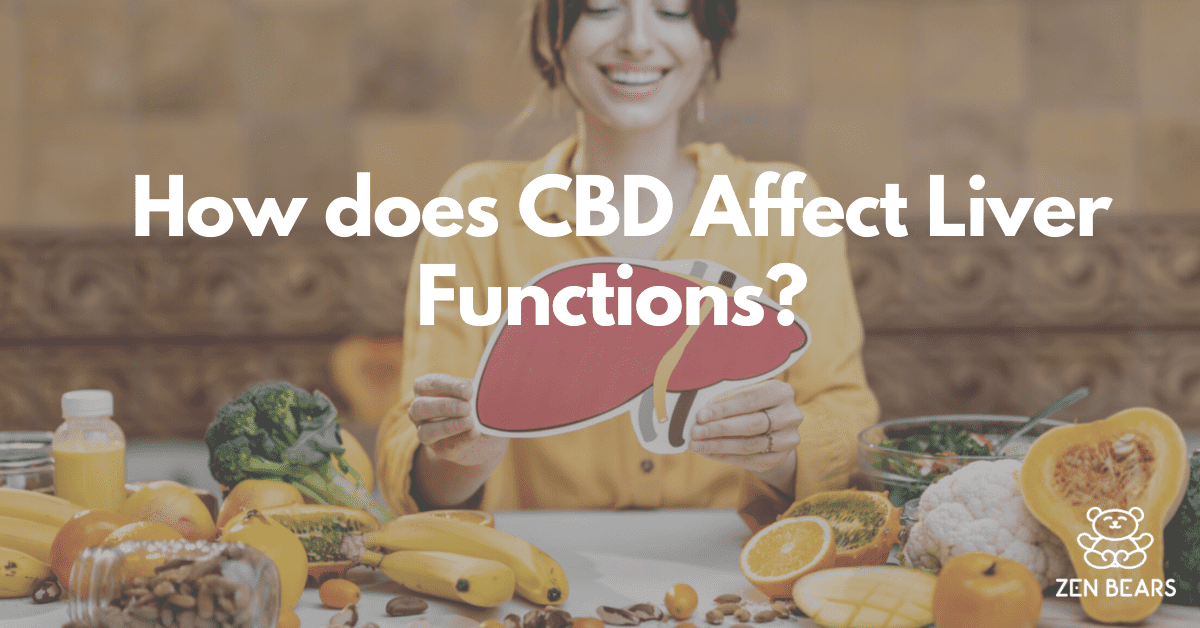 Can CBD Hurt Your Liver?

Yes, a new study has shown that extremely high dosages of CBD can hurt your liver. CBD liver damage is recently discovered in an experiment involving mice using significant higher dosages than the recommended 0.5-20 mg per day. Experts are saying that you don’t need to worry as people are unlikely to be taking the extremely high levels of CBD which were used in the experiment.

What are the Studies for CBD and Liver Damage?

The studies of CBD and liver damage were conducted by the Department of Environmental and Occupational Health, the University of Arkansas for Medical Sciences. This experiment was conducted on mice, who are known to tolerate CBD well, determined that CBD liver damage is possible with a high dosage to bodyweight ratio. This is unlikely to occur in humans.

What are the Effects of CBD on the Liver?

The effect of CBD on your liver is that it can inhibit some of the liver enzymes necessary for the metabolism of medication. This is one of the major concerns about using CBD for its therapeutic effects. CBD behaves similarly to grapefruit in the way that its functions in your liver. If your medication has a grapefruit warning then you should avoid CBD. If you are concerned about the effects of using CBD on your liver, contact your doctor.

What is the CBD Effect for Fatty Liver?

A fatty liver is when you have extra fat in your liver and a medical professional might refer to the condition as hepatic steatosis. Hepatic steatosis is when overtime too much alcohol leads to a buildup of fat inside your liver cells, making it harder for your liver to work. CBD affects a fatty liver by inhibiting the enzymes that it produces, which means that the fatty liver can’t build up. Cannabidiol works by decreasing the enzymes that cause fat build up around the liver by decreasing the progression of the disease.

What is the CBD Effect for Hepatic Ischemia?

What is the CBD Effect for Viral Hepatitis?

Viral Hepatitis is an inflammation of the liver that potentially results in damage to liver cells. This damage is the result of liver infection with viruses. CBD affects Viral Hepatitis by inhibiting HCV replication by 86.4%. CBD could be further developed and used therapeutically against HCV.

What is the CBD Effect for Hepatic Encephalopathy?

What is the CBD Effect for Autoimmune Hepatitis?

Yes, but there is conflicting evidence over the effects of CBD on liver Enzyme function. CBD oil is the oil extracted from the hemp plant which is free from THC. Some studies have said that CBD oil increases liver enzymes while other studies have shown that it can improve liver function.

What should be CBD Dosage for the Liver?