4 Health Benefits of Ashwagandha for Women

Ashwagandha is an evergreen shrub that grows in India, the Middle East, and some parts of Africa. For hundreds of years, people have used the roots and fruits of ashwagandha for medicinal purposes. Extracts or powder from the plant’s root or leaves is used to treat a variety of conditions. 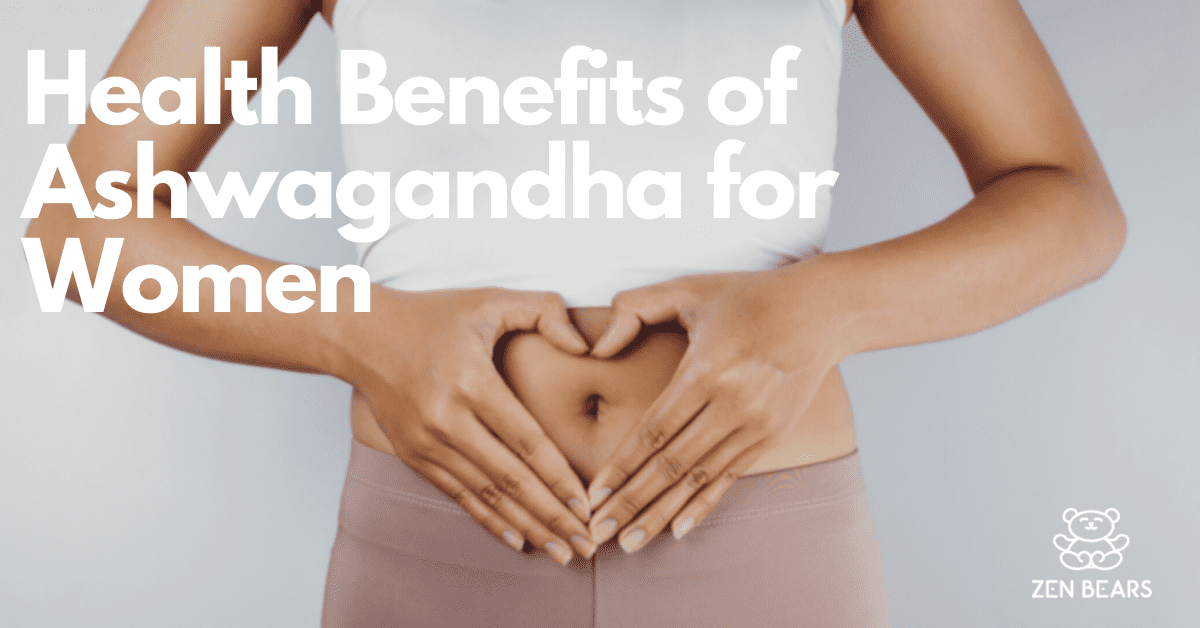 How is Ashwagandha beneficial for women?

Ashwagandha is an evergreen shrub that grows in India, the Middle East, and some parts of Africa. For hundreds of years, people have used the roots and fruits of ashwagandha for medicinal purposes. Extracts or powder from the plant’s root or leaves is used to treat a variety of conditions. Ashwagandha is an adaptogenic herb which means that it’s not toxic to the body.

Ashwagandha is used as herbal medicine to help reduce stress and anxiety, preventing inflammation in the body, and rheumatoid arthritis, among others. Ashwagandha can also be used as a general tonic to boost energy, and for cancer and Alzheimer’s disease treatment. Ashwagandha is also known to boost testosterone and increase fertility in men. Below are the known benefits of ashwagandha for women.

According to The Primary Care Companion for CNS Disorders, 75% of women experience unpleasant PMS symptoms. These include breast tenderness, mood swings, bloating, headaches, anxiety, insomnia, fatigue, and acne. Some women resort to medications as the symptoms can be so severe.

Usually, hormonal imbalances are the cause of these unpleasant symptoms. Your hormones are the messengers of the body responsible for sending specific instructions to organs that help determine your mood, energy levels, digestion, weight, and other aspects of your health.

Adaptogenic herbs like ashwagandha help create balance by regulating your stress hormone and balancing them while allowing you to manage your stress better. Ashwagandha can also reduce heavy bleeding during your period and eliminate uterine fibroids with long-term use.

Libido is another term for sexual desire or sex drive. Everyone’s libido is different but most people see their libido decline as they age. Libido is usually influenced by biological, psychological and social factors. As work for some people is getting tougher, the stress levels are going up and this may affect their romantic relationships. Some people have no option but to take the help of doctors or sex pills.

Stress and anxiety can lead to irritability and frustration that can lower your sex drive. Ashwagandha has been used for years as an aphrodisiac or sexual enhancer for both men and women. Ashwagandha acts as libido boosters by stimulating the production of nitric oxide and increasing the blood flow to the genitals.

In a study by BioMed Research International, ashwagandha was found to improve sexual function. In another study conducted by Hindawi, men also benefit from the herb as it can enhance testosterone levels and sperm count and quality.

Menopause is when a woman’s menstrual cycle stops permanently. It comes as women age. Symptoms of menopause include irregular periods, hot flashes, night sweats, mood swings, brain fog, and sleep disruptions. Menopausal women may also notice their loss of libido. This can lead to less interest in sex.  Conventional treatments for treating these symptoms include hormone replacement therapy (HRT) and certain medications like antidepressants.

Certain herbs and natural therapies may also provide relief from such symptoms. Ashwagandha is known to support women with menopause symptoms due to its anti-inflammatory properties. During menopause, women face hormonal imbalances that lead to anxiety and sleeping problems. Ashwagandha works on the endocrine system and helps control the secretion of the hormone. It can also help soothe and decrease the overproduction of cortisol.

A study published in the Journal of Obstetrics and Gynaecology Research indicated that ashwagandha root can help improve menopause symptoms of women including hot flashes, hot flashes, night-time sweating,  irritability and anxiety. The research was conducted on 100 women aged 45 to 55. They were randomly assigned to receive 600 mg of ashwagandha root extract per day or placebo for 8 weeks. 91 women completed the study and showed that the women who took ashwagandha had significant reductions on the menopause rating scale (MRS) which is a self-supported questionnaire for evaluating the severity of ageing and perimenopausal symptoms.

One of the main causes of weight gain these days is an increase in the levels of stress or high cortisol levels. When stressed, some people tend to binge eat as increased cortisol levels trigger hunger by stimulating glucose production. This makes your body crave more food to replenish energy. Ashwagandha helps in relieving stress and promotes weight loss.

Ashwagandha is also beneficial for women who want to lose weight as it is packed with antioxidants that aid the weight loss process. Its high antioxidant content decreases inflammation in the body triggering its metabolism. Ashwagandha also boosts your immune system and redirects your energy to burn fat.

A study was conducted by the Journal of Evidence-Based Complementary & Alternative Medicine on the safety and efficacy of ashwagandha for losing weight. 52 individuals aged 18 to 60 with chronic stress and higher body mass index were tested for 8 weeks. They were divided into two groups. One group was given ashwagandha and the other was given a placebo. Results showed that at the end of the 8 weeks, the reduction of body weight for the ashwagandha group was greater than the placebo group.

What are the best ways to take ashwagandha?

Ashwagandha is traditionally mixed with ghee, honey, or water, and can be ingested or applied directly to the skin. Ashwagandha has an earthy and bitter flavour so it’s usually mixed into desserts, hot beverages and smoothies. It’s sold in capsules and tinctures, but its most popular form is a powder.

Taking ashwagandha gummies has also become popular as it’s the easiest and tastiest way for you to ingest ashwagandha. They are pre-dosed and can be taken anywhere at any time. There is no standard dosage of ashwagandha and it will just depend on the condition they want to treat. For Ashwa gummies, the recommended is 2 to 4 gummies, twice daily.

If you don’t want to take ashwagandha, you can also try CBD gummies. CBD is a compound extracted from the hemp plant. It’s not a psychoactive ingredient and will not cause you to feel high. Like ashwagandha, CBD is also used for chronic conditions including inflammation, stress and anxiety, insomnia, fatigue, and pain.

Ashwagandha is a medicinal herb with numerous health benefits. It can reduce stress and anxiety, improve cognitive functions, support restful sleep, reduce inflammation, help with PMS symptoms of PMS and menopause, promote weight loss, and improve libido, among others.

However, research on ashwagandha and its benefits are still limited. Some herbs are found to contain contaminants such as heavy metals. It is also not advised for pregnant or breastfeeding women, or people with autoimmune diseases to take ashwagandha. Talk to your doctor first before taking ashwagandha.